A Fifth of Ormandy 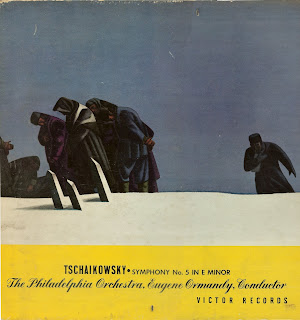 This happens to be the fifth post I have offered devoted to Eugene Ormandy (1899-1985), and so I devote it, in part, to a Fifth Symphony - Tchaikovsky's.  This is the first of five recordings he was to make of the work, with the Philadelphia Orchestra, and it's a fine one - Ormandy seldom, if ever, turned out a dull performance of Russian music:

The other offering here is his 1939 recording of Richard Strauss' "Ein Heldenleben," the first of four he was to make in Philadelphia, with concertmaster Alexander Hilsberg as the violin soloist.  This was intended to replace Mengelberg's pioneering 1928 version with the New York Philharmonic in the Victor catalogue, and, therefore, was not much appreciated at the time! Heard on its own terms, what emerges is an exciting, beautifully-played account of the score: 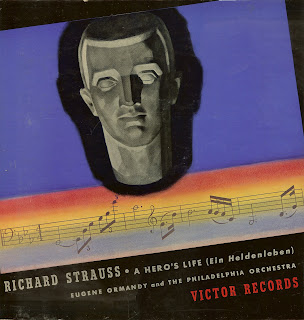