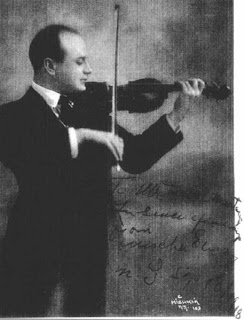 A few weeks back, Nick of Grumpy's Classics Cave (see my list of blogs at the right) presented us with a rare Albert Sammons recording of Gabriel Fauré's Violin Sonata in A, Op. 13.  Here's my answer to that wonderful upload - a somewhat less rare, perhaps, though certainly not common, recording of the same work beautifully played by Mischa Elman (1891-1967).  As far as I am aware, this 1941 recording for Victor has never been reissued on CD, although a later Elman recording of the sonata, for Decca in the 1950s, has turned up in a 4-CD Testament box set along with sonatas by Beethoven, Brahms, Franck, Grieg and Handel.  It's rather a surprise to me that this recording was even made, as the Fauré Sonatas were considered music for the connoisseur in those days (perhaps they still are!), and the Victor catalogue of 1941 already boasted a recording by Elman's arch-rival Heifetz, which, in turn, had replaced a recording by Jacques Thibaud.  Elman observes the first movement's exposition repeat, something rarely done on 78-rpm records. 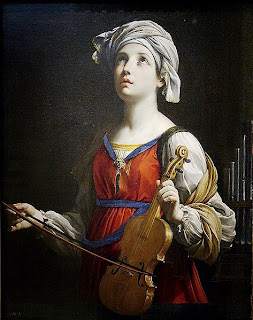 Monday, November 22, is the feast day of St. Cecilia, the patron saint of musicians, and also the 97th anniversary of the birth of Benjamin Britten (1913-1976).  To celebrate, here are three works (one of them a re-upload) by that great genius, all dating from the 1940s and all recorded within a year of their premières.  First, appropriately enough, is his "Hymn to St. Cecilia," Op. 27, for a capella 5-part chorus, with words by W. H. Auden.  It was begun while Britten was living in the USA, but not completed until he was on his way back home to England in 1942, the ship he was on under constant threat from German U-boats.  This first recording of the piece features the Fleet Street Choir, an amateur group that racked up several important gramophonic firsts, including first complete recordings of Byrd's Mass for Five Voices, Vaughan Williams' Mass in G minor, and Randall Thompson's "Alleluia."

Next, something rather more familiar - the Young Person's Guide to the Orchestra (Variations and Fugue on a Theme of Purcell), Op. 34.  The BBC, by the way, often angered the composer when announcing the work by giving only its subtitle and omitting the "Young Person's Guide" part!  Given Britten's lifelong interest in providing musical experiences for children (almost every one of his operas includes parts for child singers), his irritation is understandable.  This first recording of the piece is conducted by Sir Malcolm Sargent, who also gave the concert première in 1946, and who conducted and narrated the film version, "Instruments of the Orchestra."  Pictured below is the Steinweiss cover design for the American Columbia issue of this set: 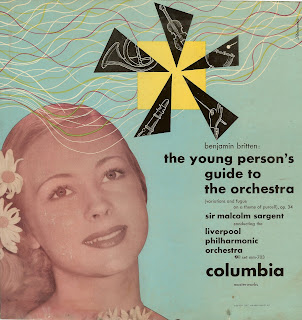 Purcell's shadow also hangs heavily over the String Quartet No. 2, which was composed in 1945 to commemmorate the 250th anniversary of Purcell's death.  This is a re-upload of a recording I originally posted in May 2008, and includes Britten's only recording as a violist in the filler, the Purcell Fantasia Upon One Note:

John Amis, married to Olive Zorian, the leader of the ensemble on this recording, recalled Britten's reticence talking about his own music during rehearsals for this work.  Amis "listened and would occasionally ask about some detail or comment with delight, 'Oh, I see, this new tune is really the old one upside down,' or something like that, at which Ben would look hard at the score and say, 'Oh, is it? Fancy that?' Sometimes he would wink as he said it.  At other times it was difficult to know whether he was fooling or not."  This anecdote comes from Humphrey Carpenter's fine 1992 biography of the composer.
Posted by Bryan at 8:08 PM 3 comments: 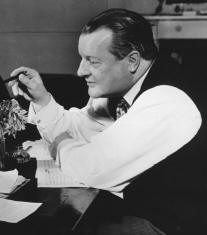 This week I present several rare recordings by Constant Lambert (1905-1951), conductor, composer, raconteur, writer and wit.  As a conductor, he was renowned for his interpretations of Russian and English music, and both are featured in these downloads.  From Russia we get Lambert's brilliant and exciting interpretations of two tone poems, Tchaikovsky's Hamlet and Glazunov's Stenka Razin, and from England the Purcell Chaconne in G minor in a string orchestra arrangment.  (This is not the famous Purcell Chacony, as the first volume of the World's Encyclopedia of Music erroneously states - but an arrangement of No. 6 of the Ten Sonatas in Four Parts, which is also in G minor and also in the form of a chaconne.)  These three different recordings feature three different orchestras, and in fact the Glazunov was the first appearance of the Liverpool Philharmonic on records.  Here are the details:

Back in 2008 I uploaded another Constant Lambert recording, in tandem with one by Walter Goehr, as both featured orchestral works of Bizet in their first recordings.  These have been re-uploaded; the details:

Mozart by the Pro Arte Quartet 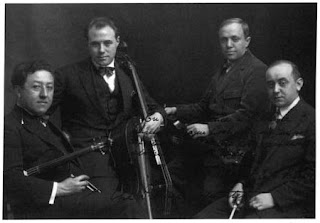 Here is one of three Mozart string quintets recorded by the original members of the Pro Arte Quartet, an ensemble which is still with us today (and poised to celebrate its centennial in 2012).  From 1921 to 1939 its members were Alphonse Onnou and Laurent Halleux, violins; Germain Prevost, viola; and Robert Maas, cello.  All but Maas were founding members of the ensemble, which was formed in Belgium in 1912.  The Pro Arte Quartet began recording for HMV in 1931, commencing with their famous Haydn series which ultimately ran to 29 string quartets, most of them in their first recordings.  Their recorded output during the 1930s was vast, some 280 issued 78-rpm sides, and included collaborations with pianists Artur Rubinstein, Alfredo Casella, and, most famously, Artur Schnabel.

As I mentioned above, they recorded three Mozart string quintets with British-born violist Alfred Hobday (1870-1942).  Hobday got around; he's featured as second violist in innumerable quintet and sextet recordings of the period, not just with the Pro Arte but also with the Budapest Quartet, and he was in the very first recording of a Mozart quintet, that of K. 516 in G minor with the London String Quartet in 1917, which has been transferred by Jolyon -see here.  My transfer is of the Quintet in D, K. 593:

Alfred Hobday's wife was the pianist Ethel Hobday, née Sharpe (1872-1947).  Her recording, with the London String Quartet, of Schumann's Piano Quintet for Vocalion was the one which converted Compton Mackenzie, who founded Gramophone Magazine in 1923, into a gramophile.  Alas, I don't have that (though Jolyon does - see the link above), but I do have her recording of Elgar's Piano Quintet, made for the National Gramophonic Society in 1925.  Elgar himself had been approached to play the piano part in this recording, but he declined, recommending Mrs. Hobday instead.  I have re-uploaded this recording, which I originally transferred early in 2008: 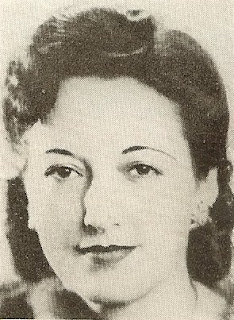 This post features the British contralto Gladys Ripley (1908-1955), a beautiful woman with a beautiful voice, whose life, sadly, was cut short by throat cancer at the age of 47 (the age I am now!).  Here she sings Elgar's fine orchestral song cycle, "Sea Pictures" (composed in 1897-99) with, as a filler, a surprisingly gloomy song by Haydn, "The Spirit's Song" ("Hark! Hark what I tell to thee").  This 1946 recording features the collaboration of that greatly underrated conductor, George Weldon (1908-1963), who conducts the Philharmonia Orchestra.

I have up several other George Weldon recordings with the orchestra of which he was Music Director from 1944 to 1951, the City of Birmingham Orchestra.  (That's Birmingham, England, of course - not Birmingham, Alabama! Those of us here in the Southern US have to be reminded of that periodically.)  The first of these is a new offering, and the others are re-uploads of transfers I made over three years ago; however, the Dvořák symphony upload now contains scans of the booklet for the set that I was unable to provide earlier.  Here are the details:

For those interested in reading further about George Weldon, there's a free downloadable biography (in PDF format) available here.
Posted by Bryan at 7:13 PM 7 comments: 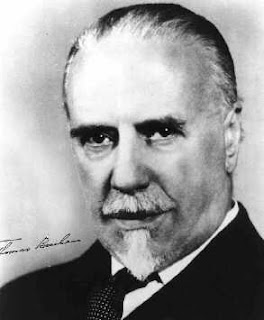 This time I present what I believe to be Sir Thomas Beecham's only recording of an early Haydn symphony (from 1763), or indeed any Haydn symphony other than the last twelve (the "London" Symphonies, Nos. 93-104).  Someone correct me if I'm wrong!  Anyway, here it is: 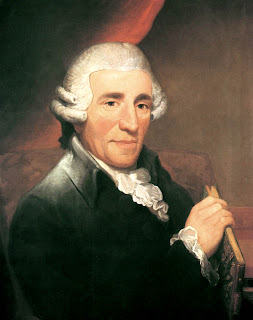 On the eve of the Haydn anniversary year, 2009 (the 200th anniversary of his passing), I uploaded to RMCR four vintage recordings of his symphonies by four different British conductors (including Beecham).  I've re-uploaded these; here are the details:

Finally, for anyone interested in hearing my own piano playing, about this time last year I participated in a Haydn commemorative concert at my church, the Unitarian Universalist Congregation of Gwinnett in Lawrenceville, Ga.  From this concert I have uploaded two works: the "Gypsy Rondo" Piano Trio in G (with violinist Laura Reynolds and cellist James Woodall), and the wonderful Andante with Variations in F minor for piano solo.  Enjoy, but don't expect note-perfect playing!